There are few topics that divide the opinions of dog owners than the raw food diet movement. In one corner, there are those who claim that the diet does wonders for canine health. In the other corner, there are dog owners and vets who say that raw food is simply too dangerous to be consumed by canines.

Where Did the Raw Food Movement Come From?

Working dogs, such as sled dogs and racing greyhounds, have been fed raw foods for several years. However, feeding raw food to pet dogs is a relatively modern idea. It was first put forward by Australian veterinarian, Ian Billinghurst, in 1993.

Raw food diets are meant to imitate the dog’s ancestral diet. Dogs are descended from the wolf, an animal that’s well known for eating every part of its prey.

However, dogs have been bred and crossbred for centuries so very few dogs genetically resemble the wolf anymore. So, can a raw diet really benefit a domestic dog?

The Benefits of Raw Food to Your Dog’s Health

Advocates of the raw food diet claim that it offers lots of benefits to dogs and dog owners. Some of these advantages include:

Within the past couple of years, there have been several recalls of commercial grain-based kibble. When you prepare your dog’s meal at home, you know what you’re putting into it and where the ingredients were sourced. You can prepare it to exclude foods that your dog is allergic to. The same can’t be said for commercial dog food.

Kibble often has chemicals added to it to extend its shelf life which undermines its nutritional value. On the other hand, commercial raw dog food is frozen and therefore has no need for chemical preservatives. Raw dog food prepared at home is usually fresh and therefore ideal for growing dogs.

Read Also:  The Surprising Truth About Dog Food: No Proof That Premium Brands are Better

People who have successfully switched their dog from a commercial food diet to raw food have said that their dogs have developed shinier coats, increased energy levels and smaller stools.

The Potential Disadvantages of the Raw Food Diet

With all of these health benefits in mind, it would seem that feeding your dog raw food would be a no-brainer. However, there are those who maintain that the raw food diet is risky for the following reasons:

Raw dog food has been found to contain salmonella and E. coli. Both of these pathogens are known to cause damage to both humans and dogs. The bacteria is shed in the canine’s stool and can be transferred to humans. Both E. coli and salmonella bacteria can be especially dangerous to people with auto-immune diseases, the elderly and, small children.

When switching to a raw food diet, lots of people are tempted to feed their dog meat only. But a dog needs more than a high protein diet. The meat needs to be balanced with nutrients from grains and vegetables.

Dogs can choke on bones. If swallowed, sharp bones can also cause lacerations and obstructions in the intestinal system.

Changing the diet too suddenly can cause diarrhea and other intestinal issues. If your pet has a longstanding digestive condition, it could be exacerbated by the sudden introduction of raw foods to the diet.

Mixing equal amounts of raw food with commercial kibble is also dangerous. A dog’s digestive system processes raw meat as a protein and grain-based kibble as a starch. Combining proteins and starches can confuse the body and cause your dog to develop digestive issues.

To prevent this, introduce the raw food as a treat first and then monitor the stool to see how your dog is reacting. If he reacts favourably to the raw treat, then increase the amount of raw food in the diet gradually.

If you do decide to stop buying commercial dog food, you should first consult a veterinarian to ensure that your dog does not have any pre-existing conditions that may make him vulnerable to some of the drawbacks of raw food.

Read Also:  The Surprising Truth About Dog Food: No Proof That Premium Brands are Better

Making a drastic change to dog’s diet is not a decision that should be taken lightly. Be sure that you truly understand the pros and cons before you make the switch.

The Pros and Cons of Feeding Your Dog a Raw Food Diet was last modified: November 28th, 2018 by John Whitewood 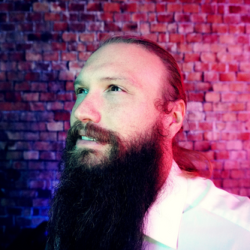 Follow me
John Whitewood
I'm John, and I'm a writer, researcher dog lover from Calgary. I currently own two dogs a 12 year old Schi-Tsu and a 8 year old Bernese Mountain Dog, and I'm fascinated by them.